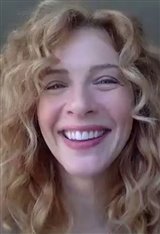 Actress Rachelle Lefevre was born and raised in Montreal, Quebec. Her father is an English teacher and her mother is a psychologist. Growing up, she spoke mostly English, but also speaks French. She attended a private high school called Centennial Academy, and later enrolled in creative arts at Dawson College in Montreal. She studied theater for two summers at the Walnut Hill School in Massachusetts and received a degree in education and literature from McGill University.

While working as a waitress in a sushi bar on the Island of Montreal, a regular customer helped Lefevre get a head start in acting, landing her an audition for the Canadian teen sitcom Student Bodies. Though she didn't get the part, her audition led to a role in the television series Big Wolf on Campus.

Lefevre's feature film debut was in the comedy Stardom (2000), and soon afterwards she landed a role in the thriller Abandon (2002) and in George Clooney's crime drama Confessions of a Dangerous Mind (2002). She has since appeared in films such as The Big Thing (2004), The River King (2005) and Twilight (2008). Television credits include Veronica Mars, CSI: Crime Scene Investigation, CSI: NY, Boston Legal and How I Met Your Mother. In addition to The Twilight Saga: New Moon (2009), Lefrevre has filmed a role in The Pool Boys (2009).

Lefevre has her share of hobbies outside of acting. "I absolutely love being outdoors. I love hiking and going to the farmers' market. I also like to read and attend Barry's Bootcamp [workout program]. I am pretty much a homebody, but I love to travel."