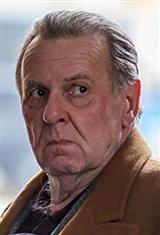 A popular British character actor, Tom Wilkinson specializes in playing men suffering from some sort of emotional repression and/or pretensions of societal grandeur.

A renowned stage actor in England, Tom has performed with such prestigious companies as The National Theatre, The Royal Shakespeare Company and The Oxford Playhouse. His stage work includes title roles in Peer Gynt, Brand and Henry V among many others. His U.K. television credits include Prime Suspect and Martin Chuzzlewit.

Tom made his film debut in Andrjez Wajda's The Shadow Line (1976), and his early films include David Hare's Wetherby and Sylvia (both 1985).

Having landed roles in films and television that garnered him little public notice, Tom hoped to get a chance in the spotlight. "A couple of years ago, I started saying to friends that I hoped I would eventually be in a big hit movie and that I could go to America and do a few movies there."

Active in film and television since the mid-'70s, Tom became familiar to an international audience in 1997 with his role as one of six unemployed workers who strip for cash in Peter Catteneo's enormously successful comedy The Full Monty. "When I said yes to The Full Monty I had no inkling of what it would end up doing. It literally turned into a phenomenon."

After filming The Full Monty, Tom landed a role in the American martial arts film, Rush Hour with Jackie Chan. "I thought it would be the end of my career but I took the part anyway so I could at least say I'd done an American film."

In 2000, Tom continued to grace the screen in films such as Mel Gibson's The Patriot and the comic feature The Black Knight.

Although the British Acadamy Awards (BAFTA) have recognized Tom's talent for many years, honoring him with a number of nominations and awards, the Oscars took until 2002 to give him his first nomination. He earned a Best Actor nomination for his work in In the Bedroom (2001). He was nominated for both an Emmy and a Golden Globe for his performance in the HBO TV movie Normal (2003). In 2008, Tom won his first Golden Globe, for his role in John Adams. He continued working steadily throughout the next few years, appearing in films like The Best Exotic Marigold Hotel (2012) alongside Judi Dench and Bill Nighy, the thriller The Samaritan (2012) with Samuel L. Jackson, and the period drama Belle (2014). He also starred in The Choice (2016), Snowden (2016), and Denial (2016).

Most recently, Tom returned to theaters in the Oscar Wilde biographical drama The Happy Prince(2018) alongside Rupert Everett and Colin Firth, and also stars in the action comedy Dead in a Week (Or Your Money Back) (2018).

Tom has two daughters, Alice and Molly, with his wife, actress Diana Hardcastle.