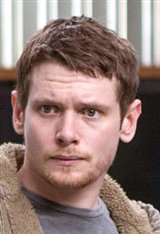 Born in Derby, England, Jack O'Connell has been slowly making a name for himself in British film and TV. The half-English, half-Irish actor had his big break when he was cast as blue collar teen Pukey Nicholls in 2006's This is England. The part was written for him by director Shane Meadows after Jack impressed him during the auditions.

Capturing the momentum, Jack quickly booked parts in two other movies. He played a murderous teen in the British horror flick Eden Lake, and a drug addict in Harry Brown, starring Michael Caine.

Jack made a big splash in the media when he was cast as James Cook in the successful British teen drama Skins, a role for which he won a British TV Choice award for Best Actor.

In the supernatural thriller Beautiful Creatures, he played his first romantic lead as a teen who uncovers dark secrets about his family through his relationship with the new girl at school. He went on to star in 300: Rise of an Empire (2014) alongside Sullivan Stapleton and Eva Green. He also starred in Angelina Jolie's Unbroken (2014).

Roles in the biographical dramas Trial by Fire (2018) and Seberg (2019)—respectively with Laura Dern and Kristen Stewart—followed. He's currently filming the starring role of Patrick Sumner in the BBC-Two mini-series The North Water (2020) opposite Colin Farrell.

In addition to his acting talent, Jack has demonstrated football skills. He hoped for a career in the sport, but several injuries put those hopes on the sidelines. At one time, he also thought of joining the military. His problems with the justice system when he was a teenager, however, made him ineligible.