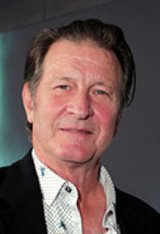 For university, he didn't stray far from his home net, attending the University of Houston. While there, he met and befriended fellow actor Dennis Quaid. The two remain friends.

Brett also competed for the University of Houston in fencing. Years later, he was awarded the Distinguished Alumni Award from the college.

He completed his studies, and four successful seasons with the prestigious Houston Shakespeare Festival, in 1979.

Upon graduation, Brett moved to Los Angeles to pursue his acting dreams and landed his first role in the 1980 mini-series The Chisholms, a western about a family's travels in the 1840s.

He followed that up with a part in the series The Incredible Hulk in 1981 and a minor role on the multi award-winning series M*A*S*H in 1982.

Over the course of the next three years, Brett appeared in the mini-series The Thorn Birds with Christopher Plummer in 1983 and the 1985 TV movie Samaritan: The Mitch Snyder Story, as well as several other TV movies.

He won his first feature film role in 1986's Stewardess School, a sexy comedy about a group of misfits who together enroll in a program to become flight attendants.

Returning to TV for several years, Brett worked on the mini-series I'll Take Manhattan with Valerie Bertinelli in 1987, and the TV movies Dead Solid Perfect with Randy Quaid in 1988 and The Image with Albert Finney in 1990.

Brett took two film roles in 1991, with By the Sword and Where Sleeping Dogs Lie. In 1992, he added another film credit to his resumé with Leaving Normal, which co-starred Christine Lahti and Meg Tilly.

In the same decade, Brett appeared on the silver screen alongside Kevin Costner in the lengthy biopic Wyatt Earp (1994), Tom Hanks in the double Oscar-winner Apollo 13 (1995) and Julia Roberts in Something to Talk About (1995).

He had wide exposure in the football film The Replacements (2000) with Keanu Reeves and again in the 2003 comedy National Security with Martin Lawrence.

In the 2000s, Brett was all over TV screens with regular or recurring roles on series such as The Mountain, Desperate Housewives, The West Wing (2005-06), Pepper Dennis, NCIS, Ugly Betty, Friday Night Lights, Lost and Damages, in which he shared the screen with Glenn Close.

On the big screen, he won a gig in the Dwayne Johnson-led Gridiron Gang in 2006, the Nicolas Cage action film Ghost Rider in 2007 and the Uma Thurman and Evan Rachel Wood drama The Life Before Her Eyes (2007).

In 2010, Brett took a role in the coming-of-age all-girl rock band film The Runaways with Kristen Stewart and Dakota Fanning.

With the series Person of Interest, Brett found work for five years. He portrayed Nathan Ingram on the show from 2011 to 2016.

He took a trip into the DC Comic Universe with 2012's The Dark Knight Rises, playing a Congressman, and stayed in the action genre with Red Dawn, also in 2012.

While playing the recurring role of Nathan Ingram on the crime drama series Person of Interest, Brett also was hired to play the recurring role of Michael Stappord on the series Devious Maids. In 2014, he took on a third TV series Under the Dome and by 2016, had joined the cast of Narcos, in the role of Arthur Crosby.

On the big screen, Brett played a role as Blake Lively’s father in the 2016 shark thriller The Shallows. In 2019, he played a recurring role as Gerald Kindt on all eight episodes of the third season of the critically acclaimed TV series True Detective and played Thomas Wayne opposite Joaquin Phoenix in Joker (2019) on the big screen.

Off screen, Brett is married to Michele Little, with whom he has a daughter.

Brett and singer Meat Loaf are co-owners of the production company The Yellow Rose, Inc. The two men are friends and Brett even sang backup on Meat Loaf's track "Life is a Lemon (and I want my money back)."

The actor once said that if he wasn't in the film and television business, he would have expressed interest in becoming a professional golfer.