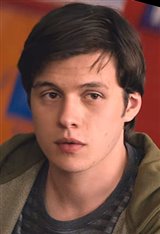 American actor Nick Robinson has been acting professionally for over a decade, first appearing on stage at just 11 years old. Since then, he has made a name for himself with roles in The Kings of Summer, Jurassic World, and The 5th Wave.

Born and raised in Seattle, Washington, Nick grew up as the eldest of five children, along with two older half-siblings from his father's previous marriage. In 2006, he made his professional acting debut when he appeared in a stage version of A Christmas Carol. The following year, he starred as Jem Finch in the Intiman Playhouse's production of To Kill a Mockingbird. According to Nick, his parents were taken by surprise when he caught the acting bug, but were incredibly supportive of his dream.

At just 14, while performing at a local theater production in Seattle, Nick was spotted by Broadway director Adam Guettel. Impressed by Nick's raw talent, Guettel recommended Nick to a talent scout in Los Angeles, who subsequently helped him sign with a talent agency. And just a year later, Nick was starring as Ryder Scanlan on the ABC Family series Melissa & Joey, a role which he kept until its end in August 2015, although he took time off for some film projects and only appeared in a few minutes on several episodes during “Skype” chats.

During his time on Melissa & Joey, Nick made his big screen debut in the critically acclaimed independent drama The Kings of Summer (2013). The film, which received rave reviews at the 2013 Sundance Film Festival, follows three teenagers (Nick, Gabriel Basso and Moises Arias) as they decide to "live off the land" for an entire summer. For his work in the coming-of-age drama, Nick earned a Phoenix Film Critics Society Award nomination.

In 2014, Nick was cast as Zach Mitchell in the blockbuster reboot Jurassic World (2015), starring Chris Pratt and Bryce Dallas Howard. In an interview with Teen Vogue in 2015, Nick said working on the project was a dream because the Jurassic Park films were such a staple of his childhood. He said, "I grew up with the movies — they were always around the house... I have a very specific memory of going on a family reunion to Lake Roosevelt in Washington, and [Jurassic Park] was on in the living room. For some reason me watching Jurassic at that cabin is still very vivid."

Along with his continued work in theater, the budding star achieved leading man status alongside Chloë Grace Moretz in the sci-fi action thriller The 5th Wave (2016). He also led a talented cast made up of Common and Cary Elwes in the romantic drama Being Charlie (2016).

In 2017, Nick starred in the teen drama Everything, Everything opposite Amandla Stenberg, followed by the 2018 drama Love, Simon, in which he played a closeted gay teen who is mortified when someone threatens to "out" him.

One of Nick's hobbies is photography, an interest he picked up on the set of Jurassic World. He recalled to Teen Vogue, "I got an old Hasselblad medium format camera and was able to get off seven or eight rolls of film. That was how I spent my time in Hawaii."

According to IndieWire, Nick's favorite film franchise is Indiana Jones.