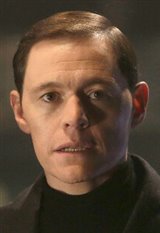 English actor and musician Burn Gorman was born Burn Hugh Winchester Gorman in Los Angeles, California, the youngest of four children. Both his parents were British and his father taught linguistics at the University of California. When Burn was seven, his family relocated to the U.K. for the duration of his adolescence.

Burn attended Manchester Metropolitan University’s School of Theatre and graduated with a Bachelor of Arts degree in Acting. His career in the medium began in 1998 when he debuted on the television series Coronation Street as Ben Andrews, the leader of a religious cult. He continued acting on TV with brief stints on shows such as Casualty and Merseybeat.

Burn's first big film role was in Layer Cake (2004), acting alongside Daniel Craig and Tom Hardy. Following this, he earned a recurring role as Owen Harper in the Doctor Who spinoff series Torchwood for two seasons, between 2006 and 2008. During this time, he also appeared in the BBC soap opera EastEnders and in the drama Bonekickers. In 2013, he appeared in several episodes of Game of Thrones as Karl Tanner, earning him recognition among American audiences. He currently has a recurring role on the Sky 1/NBC-TV period-drama Jamestown.

Burn has evenly balanced his talents between television and film, featuring in movies such as Fred Claus (2007), The Oxford Murders (2008) and The Dark Knight Rises (2012). He also had a supporting role in the family-comedy Alexander and the Terrible, Horrible, No Good, Very Bad Day (2014).

He starred as Dr. Hermann Gottlieb in Guillermo del Toro's fantasy-action flick Pacific Rim (2013), then reprised his role in the film’s sequel Pacific Rim Uprising (2018). In 2013 Burn featured in an episode of the FXX series, It’s Always Sunny in Philadelphia, alongside his Pacific Rim co-star, Charlie Day.

Since then he's been very much in-demand on television, with three recent series to his credit. He played Nicholas Farlow on the Sky One's historical drama series Jamestown from 2017 to 2019, Ben on the ITV limited series Cheat in 2019, and the same year, he played Adolphus Murtry on Amazon Prime Video's sci-fi series The Expanse.

In 2020, he joined the cast of the Netflix mystery film Enola Holmes, starring Millie Bobby Brown in the title role and Henry Cavill as her brother, Sherlock Holmes.

No stranger to theater, Burn has worked with the English National Opera as well as Soho Theater. He is also an accomplished musician. Under the stage name B.B. Burn, he toured with the beatbox group Drool Skool, performing all around the world in clubs and on stage.

Burn and his wife Sarah were married in 2004 and have three children.