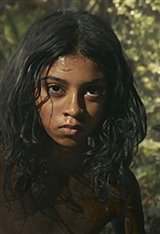 American actor Rohan Chand was born in Brooklyn, New York City to parents of Indian descent. He was discovered when he was just six years old during a baseball game. One of the other players’ mothers was a casting director for Adam Sandler’s movies, and she approached Rohan’s parents to offer him a role in a new movie. He was cast as Sandler’s adopted son in Jack and Jill (2011).

Next, Rohan appeared in the television series Homeland as Issa Nazir, the son of a terrorist who is killed during an American drone strike. In the film Lone Survivor (2013), Rohan played the son of an Afghan who assists Marcus Luttrell, played by Mark Wahlberg. For his role, Rohan spoke Hindi and Urdu.

His other roles include playing opposite Jason Bateman in Bad Words (2013), a performance that earned him wide praise from critics, and The Hundred-Foot Journey (2014). He also appeared briefly in Jumanji: Welcome to the Jungle (2017) as a young boy at the Bazaar.

This year Rohan will appear in his biggest role yet as the title star in the new Jungle Book adaptation, Mowgli (2018).