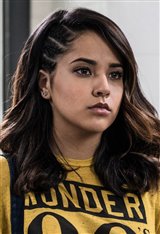 Although Rebecca Marie Gomez's venture into the music industry began at just nine, it was no fairytale. In 2004, Becky lost her home due to financial issues, forcing her and her family of six to move into her grandparents’ converted garage in Inglewood, California.

It was during this turbulent time that Becky admits she experienced her "mid-life crisis." She revealed to Rolling Stone, "That's when I felt like, 'OK, I gotta get my life together. What am I gonna do?' I pushed that on myself at a younger age than the average kid because at the time my family had lost our home. I've always been more mature for my age, so I was already understanding what they were going through. And I just thought, 'How can I help them?'... I was only nine years old, so I figured, why not go into entertainment? I love entertaining people."

Sharing the small space with her three siblings, she turned to acting, singing, and dancing as an escape, and also as a way to support her family. Becky's pre-teen years were spent writing original music and performing in various girl groups.

She did a few small acting jobs, appearing in the short film El Tux as Claudia Gómez in 2008. That same year, she played Nina in the Discovery Channel TV film La estación de la Calle Olvera.

By 2011, she was uploading videos of her unique vocals on covers of popular songs on Youtube and other video-sharing sites. One cover in particular, her rendition of Kanye West and Jay-Z's "Otis," caught the attention of hit-producer Dr. Luke, who has worked with pop stars like Rihanna, Shakira, Britney Spears and Pitbull.

From there, Becky was officially signed to Luke’s Kemosabe Records record label and began to work on her debut album. Her first release, "Problem" featuring will.i.am, was used as the promotional theme song for the animated film Hotel Transylvania. In 2012, she released her mixtape, @itsbeckygomez, and sang a duet with Cody Simpson on his song "Wish U Were Here." Becky also worked with British singer Cher Lloyd on their song "Oath." It sold over 500,000 copies in the U.S. and became Becky’s first song to make the Billboard 100.

She released her official debut single, "Becky from the Block" on April 8, 2013. The song paid homage to Jennifer Lopez’s hit song "Jenny From the Block," and J.Lo even made an appearance in the accompanying music video.

Her 2014 single "Shower" sky-rocketed to reach a spot on the top 20 of the Billboard Hot 100 chart. It also achieved a multi-platinum certification from the Recording Industry Association of America, with two million units sold in the U.S. A star on the rise, Becky was signed as a spokeswoman and model for the CoverGirl makeup brand in July.

Using her platform to speak on social issues, Becky, who is of Mexican heritage, released a song titled "We Are Mexico," in solidarity with the Latin community in response to Donald Trump's remarks against illegal Mexican immigrants.

Returning to her love of acting, Becky appeared as Valentina Galindo in two episodes of the musical drama Empire, in which she premiered two new singles: "Do It" and "New, New."

Beginning her seamless transition into the acting world, Becky was cast as Trini, a.k.a. the Yellow Ranger in the big screen Power Rangers movie. Not only is this Becky’s first-ever big-budget blockbuster, she also makes history as the first LGBTQ superhero to appear on film.