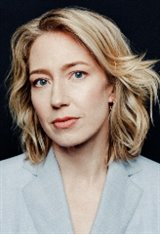 Carrie Alexandra Coon was born and raised in Copley, Ohio, the daughter of Paula and John Coon. Carrie has four siblings — an older sister and brother, and two younger brothers.

In 1999, she graduated from Copley High School, where she competed in soccer and track. She then earned a B.A. in English and Spanish from the University of Mount Union in 2003. In 2006, she earned her M.F.A. in acting from the University of Wisconsin, Madison. After that, she made her professional debut in a production of the drama play Our Town, and then spent four seasons acting with the American Players Theater before moving to Chicago.

In 2008, she acted in a production of Brontë at Remy Bumppo Theater Company and continued working in theater in both Chicago and Milwaukee. In 2010, Carrie played Honey in the Steppenwolf Theater Company’s production of Who’s Afraid of Virginia Woolf? The show played in Washington, D.C. then eventually transferred to Broadway in 2012. She earned a 2013 Tony Award nomination for Best Performance by an Actress in a Featured Role in a Play.

In 2013, she made guest appearances on Law & Order: Special Victims Unit and Ironside, then made her big screen debut in Gone Girl (2014), playing the sister of Ben Affleck's character. Her work in the film earned several nominations, including one for Best Female Newcomer from the Empire Awards.

In 2015, Carrie won a Critic’s Choice Television Awards for Best Supporting Actress in a Drama Series for her performance on HBO's The Leftovers.

For her performance on the FX television series Fargo, Carrie received her first Primetime Emmy Award nomination for Outstanding Lead Actress in a Limited Series or a Movie in 2017. The same year, she played the title character in an off-Broadway production of Mary Jane at the New York Theater Workshop. Her performance earned her an Obie Award and Lucille Lortel Award in 2018.

Carrie won a Television Critics Association Award for Individual Achievement in Drama for her performances in both The Leftovers and Fargo. She has emerged into one of television’s best known actors with her incredible performances.

She made her MCU debut in 2018, playing Proxima Midnight in Avengers: Infinity War. She went on to star in the Netflix film, The Legacy of a Whitetail Deer Hunter and played Vera Walker on the USA Network series The Sinner.

On the big screen, Carrie stars as the daughter of Egon Spengler in Ghostbusters: Afterlife (2021). Earlier in 2021, she was nominated for Canadian Screen Award for her performance opposite Jude Law in the feature film The Nest (2020).

Carrie enjoys reading and has a large collection of books. She's also interested in photography and enjoys surfing.

Carrie fell in love with Pulitzer Prize-winning playwright Tracy Letts during the run of Who’s Afraid of Virginia Woolf? They were married in 2013. They have a son, Haskell Letts, who was born on March 13, 2018.