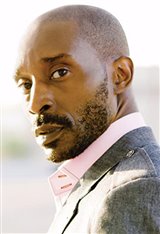 Rob Morgan is an American actor best known for playing Turk Barrett on a number of Netflix Marvel series.

Rob made his acting debut in 2006, appearing on the big screen in the role of Cinque in the film Sorry Ain’t Enough (2006).

Rob made his first appearance on television in 2009, playing the minor role of a cab driver on the popular satirical sitcom 30 Rock (2009).

In 2016 he appeared on the hit Netflix series Stranger Things (2016-2019), playing the recurring role of Officer Calvin Powell, a friend to David Harbour’s character, Hopper. In 2017, the cast of Stranger Things won the Screen Actors Guild Award for Outstanding Performance by an Ensemble in a Drama Series.

In 2019, Rob starred in the American drama film Bull (2019), playing the role of Abe. His work in the film earned him a Black Reel Award for Outstanding Actor in 2019, a Film Independent Spirit Award nomination for Best Male Lead, and a Special Jury Recognition award at the SXSW Film Festival.

Since then, he's appeared in a number of films, including Greyhound (2020) and The United States vs. Billie Holiday (2021).