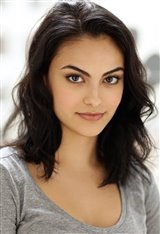 Born in Charlottesville, Virginia, Camila Carraro Mendes and her family moved 16 times, including a one-year stint in Brazil when she was 10, before setting in Miami, Florida.

Camila was in her final year of Tisch School of Arts at New York University when she landed the role of Veronica on the CW/Netflix Original Series Riverdale in 2016. It was her first big role — prior to that, she'd only appeared in commercials. After graduating with a Bachelor of Fine Arts degree in May 2016, she began working on the series, which was an instant hit when it debuted in January 2017.

Camila earned her first film credit when she appeared in the movie The New Romantic(2018) about a college student who seeks to begin a "sugar baby" relationship for her newspaper column. She followed that up with the starring role in the Netflix thriller Dangerous Lies (2020), playing a caretaker for an elderly man who dies, leaving her everything. However, soon after, strange things begin to happen.

Camila counts her co-stars among her best friends, who call her Cami. She and her older sister Kiara Moreno suffered from eating disorders for many years and so now Camila does charity work for Project Heal, which helps people with eating disorders.

She is dating director Ian Wallace, whom she has been with since 2013. Camila, whose parents are from Brazil, speaks fluent Portuguese. She lives in Los Angeles when not in Vancouver filming Riverdale.