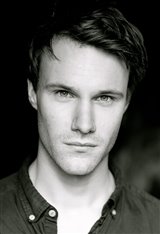 Hugh Skinner was born in London, England and briefly lived in Perth, Australia at the age of four before returning to the U.K. He credits such films as Mr. Bean, Ace Ventura: Pet Detective and Edward Scissorhands as having inspired him to become an actor. Following several years spent attending school at Eastbourne College, Hugh went on to study drama at the London Academy of Music and Dramatic Art.

Upon graduating in 2006, Hugh began actively pursuing stage work and appeared in the English Touring Theatre’s production of French Without Tears as Kit in 2007, as well as in Senora Carrar’s Rifles and The Enchantment, all in the same year. In 2008 he appeared in the BBC film adaption of Thomas Hardy’s book Tess of the d’Urbervilles. As Hugh continued to appear in more and more theatrical productions, he began to steadily gain traction in the television and film world. In 2012 he appeared in the critically acclaimed musical Les Misérables (2012) and later earned a recurring role on the popular BBC series W1A from 2014 until 2017.

His most popular roles to date include playing Luis in the stage production of American Psycho from 2013 until 2014, and he maintains a starring role as Prince Wills on the television series The Windsors, which parodies the British royal family.

Most recently, Hugh returned to the big screen in the musical Mamma Mia! Here We Go Again (2018), the sequel to Mamma Mia! (2008), in which he plays the younger version of Colin Firth’s character, Harry Bright. ~Caitlyn Clancey