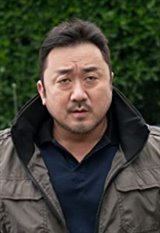 Don made his acting debut in 2005, playing a North Korean Soldier in Heaven’s Soldiers (2005), a South Korean period action-comedy film.

In 2012, Don played the role of Ahn Hyuk-mo, an ex-con and loan shark in the South Korean film The Neighbours (2012), originally titled I-ut saram. His work on the film earned him a Baek Sang Film Award for Best Supporting Actor, as well as a Blue Dragon Award nomination in the same category.

In 2016, Don played Pyeong-goo in Familyhood (2016). His portrayal of Pyeong-goo earned him a Bull Film Award nomination for Best Supporting Actor.

He also appeared on the show Squad 38 (2016), where he played the role of Baek Sung-il. His work on the show earned him a Best Supporting Actor nomination at the 5th APAN Star Awards ceremony.

Earning himself critical praise from his previous projects that year, 2016 would continue to be Don's breakout year, as he also starred in the popular South Korean zombie film Train to Busan (2016), playing the role of Sang-hwa. The film received tremendous amounts of critical praise and love from international audiences. Along with the film’s number of accolades, Don earned some of his own for his work on the film, including a KOFRA Film Award for Best Supporting Actor.

In 2017 Don appeared as Ma Seok-do in the South Korean action thriller film The Outlaws (2017). His work in the film earned him a Golden Egg Award for Best Actor, as well a Chunsa Film Art Award and Baek Sang Film Award nomination for the same category.

Before he turned to acting, Don trained in mixed martial arts, and was a personal trainer for professional fighters Mark Coleman and Kevin Randleman.

Don is dating sports reporter and media personality Ye Jung-hwa. The two announced their relationship in 2016 and have been together ever since. ~Sean Olegario