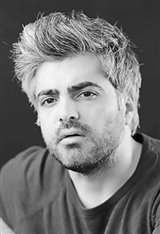 Oscar-nominated Syrian filmmaker Feras Fayyad (Last Men in Aleppo, 2017), is a director, writer, editor, producer and composer. He is the first Syrian to receive an Academy Award nomination, and was almost unable to attend the awards ceremony in 2018 after his visa was rejected in response to President Trump's Executive Order 13780 (Protecting the Nation from Foreign Terrorist Entry into the United States). Thankfully, the publicity surrounding this helped an appeal go forward and he was eventually granted a visa to get into the United States to attend the 90th Annual Academy Awards ceremony in Los Angeles.