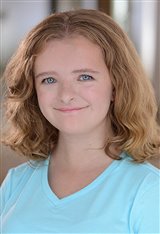 American actress Amelia “Milly” Shapiro was born in Tampa, Florida and attended school at the Community Montessori School until she was 10, at which point her family moved to New York City so she and her older sister, Abigail, could pursue careers in acting.

Her big break came right away when she auditioned for and won the title role in Matilda the Musical on Broadway in 2013. When her time in the show came to an end, she returned to the theater as Sally in the off-Broadway revival of You’re a Good Man, Charlie Brown.

Milly and Abigail created a series of concerts and cabarets that they performed at the New York City restaurant, 54 Below, aimed at supporting the anti-bullying movement. In her spare time, she likes to read and says she would be a fashion designer if she weren't a performer.