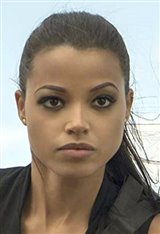 Ella Balinksa was born in London, England. She comes from renowned parents: her mother is model/Food Network USA TV Host and Chef Lorraine Pascale, while her father is Polish Count Kazimierz Balinski. Ella trained at the Guildford School of Acting in Surrey and the Arts Educational Schools in London.

Her film debut came in 2015, in the British indie film, Junction 9 (2015), co-directed by Krishna Dubasiya. She again worked with Dubasiya two years later on the indie film A Modern Tale (2017).

After appearances on two British TV series, Casualty and Midsomer Murders in 2018, she was cast in a starring role on the Sky TV series The Athena. In it, Ella plays Nyela Malik, a young model whose career takes a hit when she complains about being treated like an object by a famous designer.

Her biggest break to date was when she was cast in a starring role as ex MI6 agent Jane Kano opposite Kristen Stewart in the big budget motion picture reboot, Charlie's Angels (2019).

Ella was a competitive runner at the national level in her high school days, as well as in track and field. Her parents are now divorced, but she takes time to visit her father in Ireland, where he's now based.