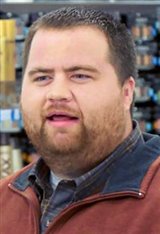 His film debut was in Dustin Lance Black's Virginia (2010). He had guest roles on popular comedy shows like Community, It’s Always Sunny in Philadelphia, and Key & Peele between 2010 and 2013.

In 2014, he landed a recurring role as Keith on the show Kingdom for all three seasons.

The year 2017 was his time to shine after being cast as bodyguard and friend to Tonya Harding's ex-husband, Shawn Eckardt, in I, Tonya (2017). The film did exceptionally well and Paul had a few more film roles lined up, including Ivanhoe, a member of the Ku Klux Klan in BlacKkKlansman (2018), war veteran and drone expert Michael Dozer in the pandemic-inspired Songbird (2020) and lovable thief Horace in Cruella (2021).

He had a starring role in Clint Eastwood’s biographical drama, Richard Jewell (2019). Paul played the titular character — a security guard at the 1996 Olympic games who finds a pipe bomb and helps move people to safety before it goes off. While initially deemed a hero, he is soon the focus of an FBI investigation and suspected of creating the dangerous scenario himself for fame.

Paul's most recent work, the Apple TV+ miniseries, Black Bird, premiered in July 2022. Based on the memoir by James Keene, it follows Keene (Taron Edgerton) as he begins a 10-year sentence in prison, only to be offered a deal: get Paul’s character, suspected serial killer Larry Hall, to confess his crimes.

Paul married Amy Elizabeth Boland in 2020. The two of them welcomed a son into the world in 2021.