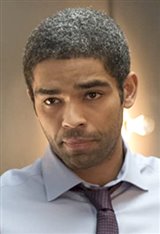 Born in London, England, Kingsley Ben-Adir is an actor best known for his role as private detective Karim Washington during the second season of the hit Netflix series The OA.

Kingsley is the son of a musician father and caregiver mother and comes from Trinidadian heritage on his mother's side. He, his brother and mother converted to Judaism, taking on the name "Ben-Adir," which in Hebrew means "son of the strong or mighty."

After graduating from William Ellis School in Gospel Oak, Northwest London, he attended the Guildhall School of Music & Drama.

Upon graduation in 2011 he immediately began working, performing in Gillian Slovo's critically acclaimed play The Riots at the Tricycle Theater in 2011. His next prominent stage role would come a year later as Demetrius in A Midsummer Night's Dream at Regent's Park Open Air Theatre.

In 2013 Kingsley played Borachio in Mark Rylance's production of Much Ado About Nothing at the Old Vic in London, as well as taking a role in God's Property at the Soho Theatre. That same year he would land his first film role, albeit uncredited, in Marc Forster's adaptation of the Max Brooks' novel World War Z.

With Kingsley looking to take his career to the next level and receive greater recognition of his talents stateside, he is primed to break out. He can currently be seen taking on the role of Malcolm X in Regina King's film adaptation of Kemp Powers' stage play One Night in Miami on Amazon Prime.