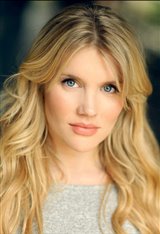 Emerald studied English at Oxford University, where she began acting in plays. Here she was spotted by an agent, Lindy King.

She started her acting career with small roles on television shows such as Trials and Retribution (2007), Any Human Heart (2010), and Chickens (2011-2013). Following her appearance on Chickens, Emerald broke into film with roles in the period films Albert Knobbs (2011) and Anna Karenina (2013).

In 2013, Emerald also landed the role of Nurse Patsy Mount on the show Call the Midwife.

In 2019, Emerald took the responsibilities as a writer and executive producer for the second series for the television show Killing Eve. The second episode she wrote, "Nice and Neat," even earned her a Primetime Emmy Award for Outstanding Writing for a Drama Series.

From 2019 to 2020, Emerald portrayed Camilla Parker Bowles on the Netflix series, The Crown.