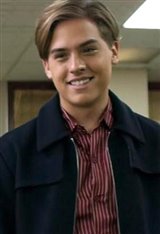 The older brother of twin Cole Sprouse by 15 minutes, Dylan Sprouse was born in Italy to American parents, Matthew and Melanie Sprouse, while they were teaching at an English language school. Dylan was named after the poet, Dylan Thomas.

Dylan and Cole began acting in commercials and small roles when they were just eight months old. Four months later, they were starring as youngest child Patrick Kelly on the series Grace Under Fire, which ran from 1993 to 1998. They made their movie debut at age six, starring as Julian in Big Daddy alongside Adam Sandler in 1999. The brothers shared their roles into the 2000s, with Cole being cast on Friends in 2000 as Ben Geller. In 2005, Dylan landed his first solo role in the feature film Born Killers, as Young John.

The same year, the twins were cast in roles that would make them household names amongst youngsters. What started a test pilot for Disney turned into a six-year long project for Dylan and Cole. Dylan starred as Zack Martin, the prankster, class clown brother, with Cole playing his bookish nerdy twin Cody on The Suite Life of Zack and Cody (2005-2008). Disney series generally run for three years, so when that series came to an end, they were cast on The Suite Life on Deck, which followed the twin brothers as they went to school on a cruise ship. They were also kept busy with a Suite Life TV movie and multiple crossover episodes between other shows airing on Disney Channel, including Hannah Montana, Wizards of Waverly Place, I'm in the Band and That’s So Raven.

After ending their time at Disney, Dylan and Cole wanted to take time out of the spotlight and made the decision to attend NYU. In 2015 Dylan graduated with a bachelors degree in video game design.

Dylan returned to acting in 2017 with a starring role as a charming but unhinged student in the indie film, Dismissed (2017). A supporting role in the indie film Banana Split (2018) followed. He also plays Trevor Martin in the After sequel titled After We Collided, which does not yet have a release date.

In 2018, Dylan co-founded of a meadery called All-Wise Meadery in Brooklyn, and serves as the master brewer.