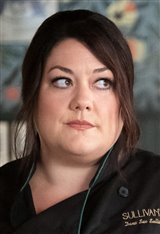 Brooke Elliot was born in Fridley, Minnesota. Her family moved often, but finally settled in Riverview, Michigan, where Brooke finished high school and graduated from Western Michigan University with a Bachelor of Fine Arts in Musical Theatre Performance.

She began her career in theater, with her first professional role being the Sugar Bowl in a national tour of Beauty and the Beast.

Brooke's career started to take off after her Broadway debut in Taboo alongside Boy George. The Broadway musical was produced by Rosie O'Donnell, whom she credits for helping her land the role.

In 2009, Brooke was cast as the main character Jane Bingum on Lifetime’s Drop Dead Diva. She was with the show for six seasons until it ended in 2014. Her performance earned her a Gracie Allen Award in 2010 for Outstanding Female Rising Star in a Comedy Series, and a Women's Image Network Award in 2011 for Best Actress in a Comedy Series.

Most recently, she played a starring role as Dana Sue Sullivan on the hit Netflix series Sweet Magnolias (2020), which has been renewed for a second season, although filming has been delayed due to the pandemic. ~Sean Olegario