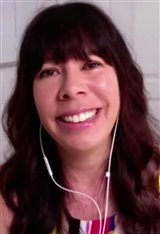 Tracey Deer is a director and screenwriter of Mohawk descent from Kahnawake, an Indigenous reserve near Montreal, Quebec. She attended elementary and high school nearby but moved to the United States to attend Dartmouth College. With dreams of being a filmmaker since she was 12, Tracey graduated with a degree in film studies.

Tracey got her start in documentary filmmaking with Mohawk Girls (2005), which she wrote and directed. The feature documentary explored the lives of three young girls from Tracey's reserve who were faced with the same decision she once had to make: move away and give up their Mohawk rights, or stay and forego the possibilities offered by the outside world. Mohawk Girls won the award for Best Documentary at the 2005 imagineNATIVE Film + Media Arts Festival.

Tracey also wrote and directed Club Native (2008), a documentary that revealed the depth of the discriminatory and sexist government policies that threatened to destroy the fabric of her Indigenous community. For her work on the film, Tracey became the first Mohawk woman to win a Gemini Award for best writing. Club Native also received the Best Canadian film award at the DOXA and First People’s film festivals.

In 2014, Tracey wrote and produced the TV series Mohawk Girls (2014-2017), which was adapted from the 2005 documentary. In 2019, she also joined the writing room for the Netflix/CBC television series Anne With an E, which featured young Mohawk actress Kiawentiio in a supporting role.

Tracey and Kiawentiio reunited again in 2020 when Tracey wrote and directed Beans (2021), a drama film set during the Oka crisis of 1990. Beans has won many awards at film festivals around the world, as well as two Canadian Screen Awards — one for Best Motion Picture and one for Best First Feature Film. Tracey also won a Directors Guild of Canada award for her work on the film.

Tracey is married to a non-Indigenous person. She is also a political activist for Indigenous issues.