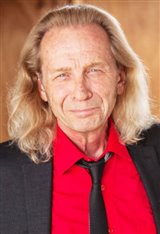 Paul Raci is an American actor best known for his work in Sound of Metal (2019).

Paul was born and raised in Chicago, Illinois. His parents, Laurel and Mitchell Raci, were both deaf, so he learned American Sign Language to communicate with them.

While in Chicago, Paul began acting at local theaters and was a founding member of the Immediate Theater Company. While still working with them in 1985, he was nominated for a Joseph Jefferson Award for Actor in a Principal Role for their production of Children of a Lesser God. He also trained at a number of improv companies, including Second City.

Paul found more theater work in Los Angeles, where he took part in over 12 productions while working with the Deaf West Theater, including Of Mice and Men, Medea, Equus, A Christmas Carol, and David Mamet's American Buffalo, which received critical acclaim.

Paul has also appeared in a number of small roles on television since his first appearance in 1992 on an episode of Baywatch. He has worked on shows such as Baskets (2019), and Parks and Recreation (2010), where he worked alongside the likes of Zach Galifinakis and Amy Poehler.

Better late than never, Paul had his breakout moment in 2019, playing a supporting role in the film Sound of Metal, as Joe, a deaf American army veteran who acts as a mentor to Riz Ahmed's character, Ruben Stone. Paul received tremendous praise for his portrayal of Joe, earning nominations from not only the Academy Awards, but also winning awards from a variety of associations, including the Boston Society of Film Critics and the Chicago Film Critics Association.

Paul was perfectly fit to play the role of Joe. Darius Marder, the director of Sound of Metal, turned down a number of meetings with A-list celebrities who wanted to take on the role of Joe, because he wanted someone from the Deaf community to play the character, saying, "It wasn’t until late in the game that I came to understand what and who C.O.D.As (Children of Deaf Adults) were. Nobody can watch this movie and not understand that Paul is Joe."

Having been raised by two deaf parents, the story of Sound of Metal hits close to home for him. In an interview with the Los Angeles Times, Paul was asked to talk about the split in deaf culture between those who embrace being deaf and those who want to change or fix it, saying, "There does seem to be a divide between 'Leave me alone, I'm perfect the way I am' and 'If you want to go ahead and do it (get cochlear implants) go ahead and try it.' But the deaf community in 2021 is far more accepting of including everybody in the tent. Deaf people have also become empowered to believe that they are leading their own destiny and they're not going to let some hearing person tell them how to think about themselves or what they're capable of doing. I wish my parents could be alive today to see that shift in attitudes. The lesson for all of us, I think, is you can't really judge another man or woman’s journey."

Paul also served as a Hospital Corpsman in the U.S. Navy, attaining the rank of Petty Officer Second Class. He served two tours in Vietnam from 1969-1973 aboard the USS Coral Sea (CVA-43).

Thanks to his fluency in American Sign Language, Paul is also a Legally Certified Sign Language Interpreter, working for the Los Angeles Superior Court System for over 25 years.

He and his wife Liz Hanley Raci have been married since 1992. They have one daughter together, Britta, who is a singer and songwriter for the indie band It's Butter. ~Sean Olegario