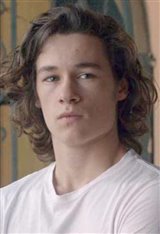 Kyle Allen is an up-and-coming American actor who has hit his stride thanks to his portrayal of Hawk Lane on the Hulu television series The Path (2016-2018), alongside Breaking Bad star Aaron Paul.

Born in Livermore, California, Kyle was first interested in improv, which then eventually led him to a career in acting. At the same time, he devoted his energy towards classical ballet and dance.

Following his work on The Path, Kyle went on to work on the eighth season of American Horror Story, playing Timothy Campbell.

In 2016, Kyle made his big screen debut in the small budget film 1 Night (2016), alongside Anna Camp and Isabelle Furhmann. Although he was not the first choice for the minor role of Andy, Kyle made the best of it, explaining in an interview with Interview magazine that it was the moment he decided acting was where he belonged.

Since then, he has added two more movie titles to his resumé. He stars in the Amazon Prime Video movie The Map of Tiny Perfect Things (2021), and has also finished filming the remake of West Side Story (2021).

In his youth, Kyle trained in classical ballet for five years at the Kirov Academy of Ballet in Washington, D.C, and practiced acrobatics for six years. He was previously a dancer for San Francisco Ballet. ~Sean Olegario