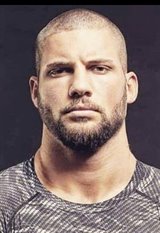 Florian Munteanu is a German-Romanian actor, model, and former heavyweight boxer. Born to parents Dorin Munteanu and Florica Munteanu, he was heavily influenced by his father to pursue a career in boxing and fitness. His father was a former boxer and dermatologist, while his mother Florica was a lawyer.

Prior to his acting career he had studied Sports, Media and Event Management at the University of Applied Sciences - Hochschule Mittweida in Munich, where he eventually finished with a Bachelor of Arts in 2014.

Munteanu’s first acting role was in the German-Romanian short film Bogat (2016). He would later have his breakout role in 2018, joining the legendary Rocky film franchise. He was cast as Viktor Drago, the son of Rocky IV antagonist Ivan Drago, and was set up as the primary challenger to Michael B. Jordan’s Adonis Johnson in the spin-off sequel Creed II (2018).

He also plays the villain Razorfist in the Marvel Cinematic Universe film, Shang-Chi and the Legend of the Ten Rings (2021).