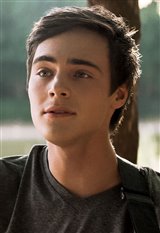 Kevin Quinn was born in Chicago, but grew up in Wilmette, Illinois.

An avid singer/guitar player who had been part of two school choirs and had also performed onstage with the Children's Theater of Winnetka, Kevin decided to turn professional in 2013 when he auditioned for the twelfth season of American Idol, becoming the youngest contestant at 16 to make it as a Hollywood Group Finalist, and ending up among the top 60 males in the country at the time.

After getting a taste of the entertainment industry while in Los Angeles for American Idol, Kevin returned to Chicago, where he took extra courses in order to graduate from high school. He also signed with a Chicago talent agency, which led to him taking part in multiple theater projects, including Steppenwolf Theater's production of Lord of the Flies in which he played Johnny, and the Chicago Shakespeare Theater production of Henry V, playing Boy.

People started to recognize his talent after his work in theater, which led to a guest appearance as Nate Hensen on the locally filmed TV series Chicago P.D. (2014).

In 2015, Kevin was cast in a starring role as Xander on the Disney Channel original series, Bunk'd. His theater and singing experience was put to good use, as he would both act and sing for the show. He received a Young Entertainer Award nomination for Best Supporting Young Actor on a Television Series during his two years on Bunk'd.

He auditioned for the role of Sean in the Netflix musical film, A Week Away (2021) and was offered the part, but after reading the full script, felt he would be perfect for the role of Will, an orphaned teen who gets into trouble. After showing what he could do with the role, he was chosen to co-star as Will, opposite Bailee Madison as Avery.

In the early months of 2020, he was touring as a musical act when lockdown went into effect, and he had to cancel the last 10 shows of his tour.

When he's not working as an actor, Kevin enjoys writing music, working on tracks, and creating a library of music. As a musician, he is inspired by The Beatles, because that's what his dad would always listen to while Kevin was growing up. He is also a big fan of John Mayer.

Kevin has a twin sister Courtney, whom he calls his best friend. He is dating dancer Kalbe Paige Isaacson, whom he met while filming A Week Away in 2019.