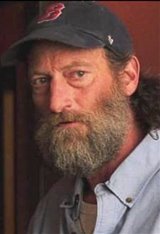 Born in Mesa, Arizona, Troy Kotsur has wanted to be an actor and director since he was in grade school. When he was just nine months old, his parents discovered Troy was deaf, but encouraged him to participate in activities with hearing children.

After high school, he interned at a local TV station, then studied film, theatre and television at Gallaudet University, leaving after two years in 1989 when he was offered an acting job from the National Theatre of the Deaf to perform in two plays over the course of the next two years.

He then worked as an actor and director for several plays with the Deaf West Theatre in Los Angeles. One of the productions was Big River, where he shared the role of Huck Finn's father with a hearing actor. The play was a success and wound up on Broadway.

For work on the small screen, Troy found himself spending quite a bit of time in Toronto on TV sets. He first played a guest role on Small Medicine in 2001, then landed a recurring role as Troy Meyers on Sue Thomas: F.B.Eye from 2002 to 2005, about a deaf FBI agent with a hearing guide dog. Troy also worked for the show as an ASL specialist. During his time in Toronto, he also played a guest role on Doc (starring Billy Ray Cyrus) in 2003.

Other credits include guest appearances on American series such as CSI: NY in 2006, Scrubs in 2007, Criminal Minds in 2012 and The Mandalorian in 2019.

Troy made his film directing debut with No Ordinary Hero: The SuperDeafy Movie (2013), also playing an acting role in the movie.

In 2022, Troy received his first Academy Award nomination for his role as Frank Rossi in the Apple TV+ feature CODA (2021), playing the father of a daughter who can hear. He is only the second deaf actor to be nominated for an Oscar and to win an Oscar; his co-star in CODA was Marlee Matlin, who famously was the first non-hearing actor to win an Academy Award (in 1987 for Children of a Lesser God).

Troy has been married to actor Deanna Bray since 2001. They have one child together.