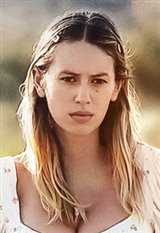 Dylan Frances Penn is an American model and actress. She was born into show business through her parents, actor Sean Penn and actress Robin Wright, who are both award-winners for their craft. Following their divorce in 2010, Dylan went on to begin a career in entertainment.

Dylan got her start appearing in modeling campaigns, on magazine covers, and in a music video for singer Nick Jonas' "Chains," before making her film debut in the 2015 horror move Condemned. She followed the role with an appearance in the comedy drama Elvis & Nixon (2016), performing alongside Kevin Spacey. From there, Dylan made more appearances in independent films before earning a role in Aramingo Avenue (2021). Also in 2021, Dylan co-starred with her father Sean Penn in the drama thriller Flag Day (2021), which he also directed. She plays the role of Jennifer Vogel.

Dylan is an accomplished model. She has appeared in magazines GQ, W, and Elle, as well at Milan Fashion Week.