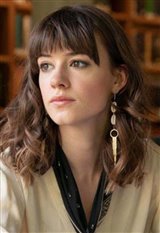 Daisy Edgar-Jones was born in London, England. After starring in a school play, she found her passion for acting and later joined the National Youth Theatre.

At 17, she was cast as Olivia Marsden on the television series Cold Feet, which she continued to appear on from 2016 to 2020. She starred on the first two seasons of War of the Worlds, a modern retelling of H.G. Well's classic novel. She had overnight success with her portrayal of Marianne on the BBC TV adaptation of the Sally Rooney novel, Normal People (2020). The role earned a Golden Globe nomination for Best Actress in a Limited Series, Anthology Series or a Motion Picture Made for Television. In 2022, she starred on the true-crime television series, Under the Banner of Heaven, with Andrew Garfield and Sam Worthington.

Daisy made her film debut in the coming-of-age film Pond Life (2018). She appeared alongside Sebastian Stan in the Disney+ film Fresh (2022), which premiered at the 2022 Sundance Film Festival. She is the main character in Where the Crawdads Sing (2022), a film adaptation of the book of the same name by Delia Owens.

In 2021 she supported Macmillan Cancer Support, a charity that both emotionally and financially helps cancer patients, by appearing in a promotional video.

She is very close friends with her Normal People co-star Paul Mescal and his singer-songwriter fiancée Phoebe Bridgers. The trio appeared together at the 2022 MET Gala.