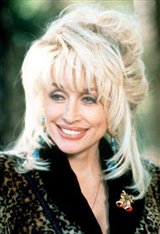 Dolly Parton is known to many as the queen of country music. Parton, the fourth of 12 children, was born and raised in Sevierville, Tennessee and despite her family's struggle to make ends meet, she managed to get signed to a small Louisiana recording label at just 13 years of age.

After graduating high school, she moved to Nashville where she began working primarily as a behind-the-scenes songwriter until 1967, a monumental year for Parton's career. Her first country single Dumb Blonde hit number 24 on the country music charts, followed by Something Fishy later that year, which reached number 17. This would be just the beginning of her incredibly successful music career.

With her platinum blonde hair and petite but curvaceous figure, it was only a matter of time before Dolly made the transition to television and film. In 1967, she was hired to sing alongside country entertainer Porter Wagoner on his self-titled television show; their duets were an instant hit with fans but after a seven-year run on the show, Dolly left to pursue a solo career.

Dolly continued to make several frequent television appearances over the next few years, finally receiving her own self-titled series, which aired in the late 70s and again in the late 80s. She also made her film debut in Nine to Five (1980), a role that led to many more films, including the most recent musical comedy Joyful Noise (2012) alongside Queen Latifah, Keke Palmer, and Kris Kristofferson.

Dolly also continued to star in a long list of television specials, talk shows, and series, including a recurring role on Hannah Montana. She still continues to make chart-topping music while also managing Dolly Parton Enterprises, a $100 million media empire, and even founded her own theme park in Pigeon Forge, Tennessee called Dollywood.

In addition to her successes on the charts, she has been managing Dolly Parton Enterprises, a media empire of $100 million. In addition, she founded Dollywood, an amusement park in Pigeon Forge, Tennessee.