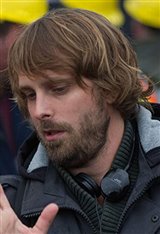 Alexandre is part of the "Splat Pack," a term coined by art historian Alan Jones of Total Film magazine to bring together a new wave of filmmakers who make horror movies. Other members of the group are Darren Lynn Bousman, Neil Marshall, Greg McLean, Eli Roth, James Wan, Leigh Whannell and Rob Zombie.

Alexandre began his career in the entertainment industry as an actor at a young age, in the early 1980s, under the direction of his father.

During his time at the Lycée Montagne de Paris, Alexandre befriended Grégory Levasseur, due to their shared common interests, including gory horror productions. With Grégory in charge of art direction, Alexandre created his first short film, Over the Rainbow (1997), which ended up in official competition in Cannes.

Alexandre made his mark several years later with his second feature film, High Tension (2003), which he co-wrote with Grégory Levasseur. The film went on to win the "Grand Prize of European Fantasy Film in Silver," as well as "Best Director" at the Catalonian International Film Festival.

Hollywood came calling. Alexandre was asked by American producers to shoot a new version of The Hills Have Eyes, a remake of the 1977 film of the same name by Wes Craven. The film, which he again co-wrote with Grégory, generated close to $70 million at the global box office.

The duo continued to work together on their next feature film, Mirrors (2008), starring Kiefer Sutherland, Paula Patton and Amy Smart. After that, Alexandre took on something a little different — the horror comedy Piranha 3D (2010), starring Elisabeth Shue, Jerry O'Connell and Richard Dreyfuss.

He decided to venture out into something new again with his next project, the fantasy drama Horns (2013) starring Daniel Radcliffe, which received a limited release in theaters. Three years later his next film, the Miramax production The 9th Life of Louis Drax (2016), was released. The suspense thriller with a twist starred Jamie Dornan and Canadian Sarah Gadon.

In 2019, moviegoers had the opportunity to see Crawl (2019), a return to Alexandre's horror roots. The film follows a young woman (Kaya Scodelario) fighting for her life against alligators in a flooding house during a hurricane.

Aja is married to Moroccan director and screenwriter Laïla Marrakchi.