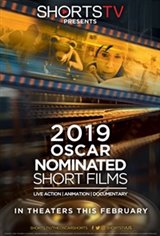 The Oscar-Nominated ANIMATED Shorts. Eighty-one films had originally qualified in the Animated Short Film category for the 91st Academy Awards®. Members of the Short Films and Feature Animation Branch vote to determine the shortlist and the nominees.