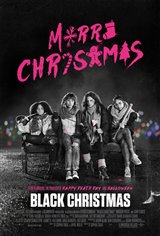 As Christmas approaches, the students of Hawthorne College are getting ready for the break. During a party to celebrate, when sorority sister Helena (Madeleine Adams) goes missing one night and doesn't return by the next morning, her fellow sister Riley (Imogen Poots) reports her disappearance to the police, but isn't taken seriously as they tell her nine times out of ten, missing women are just hanging out with a boyfriend.

Riley begins to get strange phone calls from heavy breathers. When she and another sorority sister, Kris (Aleyse Shannon), get threatening texts, they realize something is definitely wrong. Soon after, they discover they're being targeted as one by one, the members of their sorority are being killed. Not only that, but they believe one of the faculty, Professor Gelson (Cary Elwes), may be involved somehow.

However, the killer is about to discover that this generation’s young women aren’t willing to become helpless victims, as they mount a fight to the finish.

Based on the 1974 horror film of the same name.