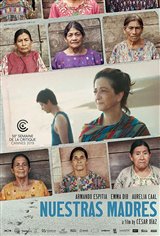 As the trial of the military officers who started the civil war begins in Guatemala, forensic anthropologist Ernesto Gonzalez continues his work: discovering the identities of the people who went missing by exhuming the bones of the victims of the genocide from unmarked mass graves and running DNA tests. One morning, Ernesto receives a visit from Nicolosa, a sixty-something Mayan woman from his distant mountain village. She wants to recover the remains of her husband, who was tortured and killed for giving food to rebels. She shows Ernesto a photo of her husband standing alongside a man he recognizes next as his own deceased father, a guerrilla leader who was allegedly murdered by the military in 1982. He sets out to locate the bones, but finds that his mother, who is about to testify at the trial, disapproves.