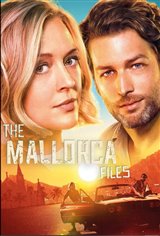 Ambitious British DC Miranda Blake (Elen Rhys) and her laid-back German partner, DC Max Winter (Julian Looman) have very different working styles, but that doesn't stop their partnership from being a recipe for success. They take on cases of murder, kidnapping, theft and more on the stunning Spanish island of Mallorca, while trying to show their capability to their boss, Chief of Palma Police Inés Villegas (Maria Fernández-Ache), who believes they shouldn't be trusted with important cases because they're not Spanish.

In the second season, Miranda is finally settling into her life on Mallorca. She’s come to terms with Max's quirks and she's even starting to build a rapport with Police Chief Villegas. Now that the pair have proven their worth to her, the duo find themselves allocated bigger and more sophisticated cases.