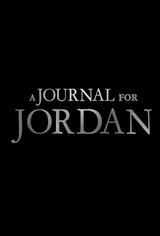 A Journal for Jordan

Knowing the dangers of being a serviceman, 1st Sgt. Charles Monroe King (Michael B. Jordan) writes a journal titled A Father's Legacy for his young son Jordan while serving on duty in Baghdad.

His wife Dana (Chanté Adams) eventually receives the journal following his death in action. The words he leaves behind for his son intend to tell him how to live a decent life despite growing up without a father.