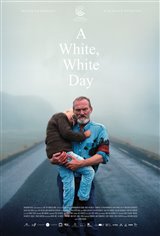 After his wife passes away suddenly in an accident, police officer Ingimundur (Ingvar Sigurdsson) tries to overcome his grief by building a house, in which he hopes his daughter and eight-year-old granddaughter will live one day. While going through his wife's things, he discovers a clue, tucked into a library book she’d borrowed, that points to the possibility she was having an affair with another man — someone he knows. The precarious balance he's attained begins to crumble as he discovers that perhaps their marriage wasn’t what it seemed.

Like the thick layer of fog masking the surrounding landscape, wisps of doubt settle around the grounded widower, feeding his suppressed anger as he begins to investigate, then stalk the man he suspects of cuckolding him.