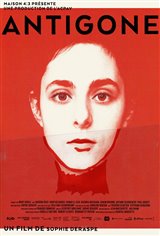 Antigone (Nahéma Ricci), her siblings and her grandmother fled to Canada when Antigone was a child after her parents are murdered during a conflict in their home country of Algeria. Now 17, Antigone is a straight-A student in Montreal with a scholarship to attend a university of her choice.

Their lives are shattered when police wrongfully shoot her eldest brother, Étéocle (Hakim Brahimi) during the arrest of a small time drug dealer. Then they threaten to deport her other brother, Polynice (Rawad El-Zein), for his involvement in gang violence, Antigone comes up with a plan to break him out of prison before he's deported, but her actions set off a sequence of events that soon go beyond her control.