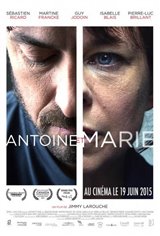 Marie works at a car dealership in Alma, where she leads an uneventful life with her husband. She goes out for a few drinks one night after work with colleagues, but passes out and wakes up in a taxi the next morning without any memory of what happened. Struggling to explain her absence to her husband, who suspects her of having cheated, Marie gradually returns to her daily routine. But she discovers a few weeks later that she’s pregnant.

Her peaceful life is now riddled with doubt, as she tries to understand what happened to her. Gradually, she comes to realize she was assaulted after having been slipped a date rape drug. Her suspicions first turn to Pierre-Luc, a co-worker, then to Anthony, a mechanic who works in another garage.