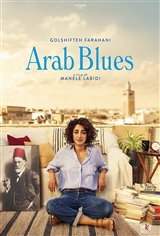 After spending years in Paris, Selma (Golshifteh Farahani), a psychoanalyst, deals with a cast of colorful new patients when she returns home to Tunisia to open her own practice. In this sophisticated comedy, Manele Labidi opens a fascinating window into modern Tunisia at a crossroads, with a story of contrasts, contradictions and culture clashes, full of vitality and humor.

In French and Arabic with English and French subtitles.