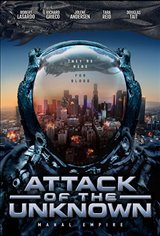 Attack of the Unknown

A SWAT team transporting a vicious crime syndicate boss find themselves trapped inside a county detention center as the world burns around them. They have no communication with the outside world and must band together to escape the bloodthirsty alien forces attacking them.