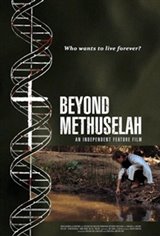 When a medical treatment promises immortality, a schism is torn between the religious and scientific communities. But after the treatment is made universally available, a group of religious extremists escalate the culture war into a bloody one.

As two estranged sisters race to find their mother before the terrorists, their father wrestles with how the rhetoric from his pulpit might be complicit with the mounting violence.