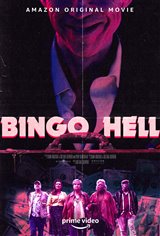 Lupita (Adriana Barraza) lives in a small low-income community in Oak Springs along with other senior citizens. One day, a new bingo hall is introduced to the people of Oak Springs. Led by an ominous man named Mr. Big (Richard Brake), the bingo hall promises their patrons that money can buy happiness.

Lupita begins to suspect something more sinister at work at the bingo hall when her neighbors get consumed with greed and inexplicably die. She may be up in years, but Lupita has plenty of life to live and looks to take matters into her own hands to save her community from the sinister Mr. Big and his bingo hall from hell.