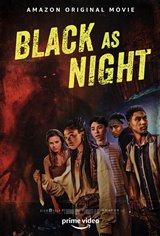 Shawna's (Asjha Cooper) summer in New Orleans kicks off just like every other one. But when she goes to a party to see a boy she likes, her summer takes an unusual turn, as she gets attacked by a group of homeless vampires. She tells her friend Pedro (Fabrizio Guido) about the attack, who is doubtful at first, but eventually believes her.

Now looking for revenge, Shawna and her friends set out on a mission to find who’s responsible for turning the people of New Orleans into vampires, and bring their terror to an end.