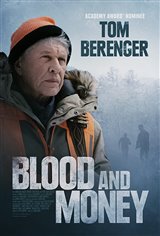 Retired veteran Jim Reed (Tom Berenger) goes deer hunting in northern Maine when he stumbles upon a bag of money filled with cash, near a dead body. He takes the bag and runs, but keeps an eye on what's happening as a car full of men looking for the money arrives.

They see that there are tracks all around, and set out to discover who has their cash. Back at his cabin, while watching the news, he turns on the television and sees that there's a bulletin out on five suspects in a violent armed robbery. When the criminals burn his car, he goes on the run and tries to take down each of the suspects before they can get to him.