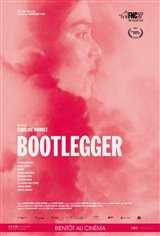 Mani, a law student in Montreal, returns to the native reserve in northern Quebec where she grew up. Her painful past resurfaces. Although she stays with her grandparents, her sudden return arouses the suspicion of some members of the community, especially when she decides to intervene in a debate on the legalization of the sale of alcohol in the territory.

Laura, a bootlegger who runs the local convenience store, pockets the profits she makes there under the protection of the band council and her partner Raymond. The latter is still angry with Mani, whom he holds responsible for the death of his daughter in a fire. Two radically opposed women divide the community into two sides who face each other to determine the best path to independence.