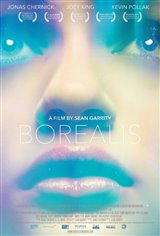 When unemployed gambler Jonah (Jonas Chernick) loses a load of money at a poker game, he decides to reconnect with his pot-smoking teenaged daughter Aurora (Joey King). He takes her on a road trip to show her the beautiful Northern Lights, before she goes completely blind due to to a vision disorder.

It's also convenient that the trip gets him out of town before he has to pay his debt. What he doesn't realize is that they are being followed by debt collectors Tubby (Kevin Pollak) and Brick (Clé Bennett).

Canadian Connection: Filmed in Manitoba. Screenwriter and star Jonas Chernick is Canadian, as are many other cast members.