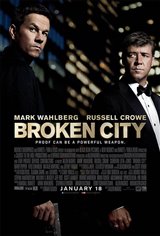 Taggart takes the job and discovers Paul Andrews (Kyle Chandler), the campaign manager of the mayor's political opponent, is secretly meeting Cathleen. Billy provides Hostetler with the photos as requested, but when Andrews is murdered, Billy realizes he's gotten himself entangled in something much bigger and much more dangerous than he thought.