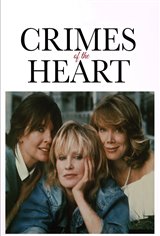 Crimes of the Heart

Lenny, the oldest, can't seem to sustain a relationship with a man. Meg is an aspiring actress who hasn't progressed beyond commercial voice overs. And Babe is released on bond from jail after shooting her senator husband.

Add to this information the fact that the girls' mother killed herself in Lenny's house, and that when Meg offhandedly expresses the wish that grouchy grandfather Hurd Hatfield would slip into a coma, he does, whereupon the sisters, despite every effort to treat the situation with proper sobriety, burst into helpless laughter over her psychic powers.