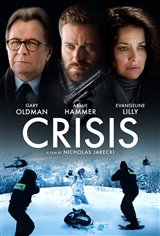 When a boy is caught by the DEA smuggling opioids across the border between the U.S. and Canada. it acts as a huge step forward in their investigation, because a drug trafficker is the one who arranged the operation.

Searching for her missing son, architect Claire Reimann (Evangeline Lilly), who is recovering from an oxycodone addiction, discovers that the boy caught smuggling drugs at the border was her son. On top of that, university professor Dr. Tyrone Brower (Gary Oldman), who works for a drug company at the forefront of a new "non-addictive" painkiller medication, discovers that their new drug is causing their lab rats to die 10 days after taking it, and now faces the decision whether or not to blow the whistle on them. As their storylines begin to intertwine, the truth behind the opioid crisis begins to surface.